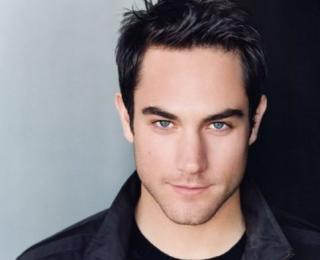 Grew up poor on Gran Quivira
Crew member on freighter "Bonny Rose" from Gran Quivira when aged 13
Signed up with his childhood friend, Vincent Ptarmigan
At age 18, joined a group of adventurers including Vincent, Ronin Patreil, and Octavia Dembarele
Currently CEO of Darkshadow Space Liners and owner of the Raven, a lv.6/lv.6 binary space station that contains a large trading post, a hotel, and permanent living apartments as well as a lv. 2.5 construction center (can build military ships up to lv. 4, civilian up to lv. 10 and repair any type of ship)
Owns five space liners, one assault scout, a jump tug, and a light cruiser, and co-owns one freighter and one space liner with the rest of his group
Semi-retired (makes 20.2 million a year on average)
One of the best shots in the galaxy (he's stunned a pirate from 100 meters with his bow), but not the brightest (Vince helps him with managing his company)
Discovered how to nock an arrow without using up a turn, and does so to great effect against pirates and other brigands

The Redwillow Security Ships fleet, a fleet consisting of two light cruisers, three frigates, and four assault scouts tasked with protecting the interests of Redwillow, Inc. and any of its subsidiaries, including but not limited to Darkshadow Space Liners, Redwillow Manufacturing, and Blackhawk Salvage.
Starship Yellowjacket, a jump tug with a laser battery that goes out and collects derelict ships and brings them back to the Raven for repairs and eventually to sell. Usually guarded by any combination of Starships Shadow, Aphelion, and Sunstrike, as well as Flagship Storm.
Explorer (black paint, green and blue airbrushed picture of his pet, Cloud's Edge, a "space cat" from the Zik-kit system)
Gyrojet pistol
Laser pistol x2
Auto Rifle
Electric sword
Albedo screen
Civilian skeinsuit
Bow (80 arrows in a special quiver)